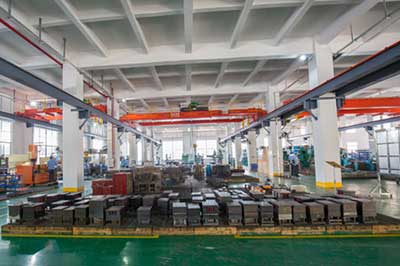 Thermal fatigue crack of die casting mould: During the production of die-casting, the die-casting mould is repeatedly subjected to the action of cooling and heating, the forming surface and its interior are deformed, and they are involved in each other, resulting in repeated cycles of thermal stress. This leads to the damage of the structure and the loss of toughness, which leads to the appearance of micro-cracks and continues to expand. Once the cracks in the die-casting die expand, the molten metal is squeezed in, and repeated mechanical stress accelerates the expansion of the cracks.

At the same time, it is necessary to ensure that there are no problems with the internal causes of the die-casting mould before it is put into production and during manufacturing. In actual production, most die-casting mould failures are thermal fatigue cracks.

Under the action of the injection force, the die-casting mould will crack at the weakest point, especially the scribe marks or electrical machining marks on the moulding surface of the die-casting mould are not polished, or the formed clear corners will be the first to appear micro cracks.

When there is a brittle phase at the grain boundary or the grains are coarse, it is easy to fracture. However, the crack spreads rapidly during brittle fracture, which is a very dangerous factor for the chipping failure of the die-casting mould.

To this end, on the one hand, scratches, electrical machining marks, etc. on the mould surface must be polished, even if it is in the gating system part, it must be polished. In addition, the die-casting mould materials used are required to have high strength, good plasticity, good impact toughness and fracture toughness.

In the example, the parts (core, cavity) that are directly eroded by the gate are prone to corrosion, and aluminum alloy sticking is prone to occur at the soft hardness.