Such a large output of the American foundry industry in 2020!!! 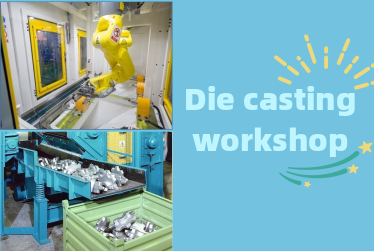 u Metal casting is a highly modern industry with a long historical foundation and cutting-edge technology, and it is the backbone of the manufacturing economy. It is an industry with a total economic output of 110.52 billion U.S.dollars, and it, directly and indirectly, provides nearly 500,000 jobs for the United States. The die casting industry is at the core of economic growth, modern infrastructure, and the defense industry.

u Castings are critical to our country's infrastructure, national defense, and quality of life's said Doug KurKul, CEO of the American Foundry Association. This latest analysis clearly shows that the metal foundry industry how importance is our manufacturing economy and the job market.

u However, for the Chinese die casting industry, the United States has an increasing demand for the die casting industry, which has led to a continuous increase in China's castings exports and stimulated more companies to develop the foundry industry. Therefore, the increase in the output value of the American foundry industry not only has an impact on the American economy and the market but also brings more orders to China and more overseas markets.